“We are extremely excited to announce the commitments of Mathias and Paul,” said Brateanu. “Both are very talented and hard working young men that fit great into our program and we can’t wait to start working with them.” 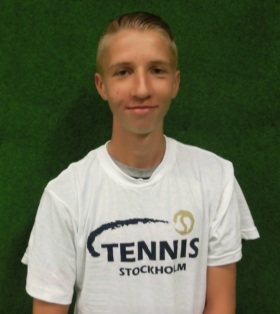 Mathias Gavelin from Stockholm, Sweden will join the Utes in the fall of 2018. He ranked as high as No. 3 in the Swedish junior rankings, but earned his biggest career tournament victory by winning the 2017 Swedish Junior Championships Under 21.

Gavelin’s best career win is over Christoffer Solberg (830 ATP) and is currently has a UTR  of 13.07.

Paul McCallie, a 4-star recruit out of Atlanta, GA will also join the Utes in the fall of 2018. In 2017 he was one of 31 players to be named to the USTA Junior Leadership Team and also was the recipient of the USTA Team Spirit Award at the USTA Spring Team Championships.

“I’m honored to be selected to play for the University of Utah, “said McCallie. “The decision to attend Utah was based on the fact that Utah has many strong academic programs, in addition to being in the Pac-12 Conference. I also feel strongly that Coach Brateanu and his staff will enable me to continue developing my tennis talent and provide an environment to improve my leadership abilities on and off the court.”

McCallie has a UTR of 11.39 and has ranked as high as No. 27 in the USTA National Rankings.