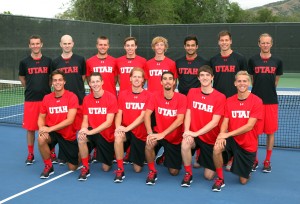 INDIANAPOLIS — According to the NCAA Graduation Success Rate (GSR) for 2013-14 released today, 81-percent of the University of Utah’s varsity athletes will graduate within six years from the time they enrolled as freshmen. Utah men’s tennis received 100-percent scores over the six-year period starting in 2007. This is the fourth straight year of perfect scores for Utah men’s tennis. Gymnastics and women’s tennis also received 100-percent scores over the six-year period starting in 2007, while men’s basketball led the conference at 88-percent. Women’s soccer also placed in the top three in the Pac-12 with 93-percent. Seven sports improved their overall GSR from a year ago, including softball by 12-percent and men’s basketball by 5-percent.

Utah’s 81-percent graduation rate is considered a more accurate reflection of athletic-academic success than its Federal Graduation Rate (FGR) of 64-precent because the GSR allows for a variety of circumstances. For instance, while the GSR begins with the federal cohort, it does not penalize an institution for student-athletes who transfer to another school while in good academic standing or go on missions, and it also tracks midyear enrollees and some non-scholarship athletes.